Home » Blog » Excess Zinc May be Detrimental to Eye Health

Excess Zinc May be Detrimental to Eye Health 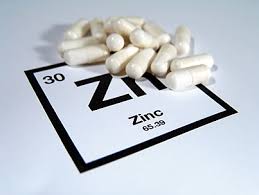 Ophthalmologists at Boston Children’s Hospital and Harvard Medical School together uncovered information showing that removing excess zinc from the diet helps protect the optic nerve. It also encourages regeneration. The researchers plan to continue their research to determine whether this information can lead to future glaucoma treatments.

The ophthalmologists from these two institutions spent years exploring ways to protect and regenerate nerve cells in the eye. Meanwhile experts in the Department of Neurology were studying the role of zinc in cell death. In 2010, the various researchers decided to collaborate to learn about zinc’s impact on retinal ganglion cells. These cells receive visual signals and form the optic nerve that delivers information to the brain.

In addition, in lab mice, damaged retinal ganglion cells survived longer and were able to regenerate when excess zinc was removed through a chemical process called chelation. The researchers also learned there is a delay before zinc impacts ganglion cells, meaning that chelation could lead to significant cell survival and regeneration even if treatment was delayed for several days.

The team from Boston worked for six years before achieving these results, and they plan to next explore how zinc causes cell death and blocks regeneration. If they get funding they’d like to develop a slow-release formula that would chelate zinc over time. They would then have to conduct clinical trials to prove zinc chelation in the retina is safe and effective in people with other conditions, such as glaucoma.