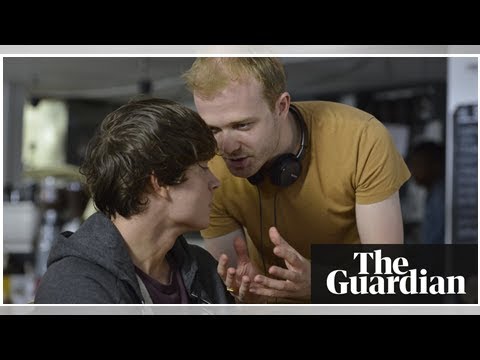 Adam Morse always wanted to make films. The 28-year-old from Kingston upon Thames, United Kingdom, began to lose his eyesight in 2009, and he told The Guardian that at that time his confidence, mobility, and social interactions were all profoundly affected. He was diagnosed with Leber’s hereditary optic neuropathy, a hereditary neurodegenerative disorder. But he didn’t give up his dream of directing films.

This summer Morse released his first feature film staring Billy Zane, Sadie Frost, and Laurie Calvert. It is called Lucid, and it explores dreams and reality, reflecting Morse’s view that “nothing can stop us from making dreams come true.” The movie premiered June 23 at the Edinburgh international film festival.

He told the Guardian’s Dalya Alberge, “I want to inspire people to make their dreams real,” he said of the film. “I’m not just talking about disabled people. I want everyone to believe in themselves and to realize that almost anything is possible.”

Morse does not use a cane or guide dog: He memorized the set layouts and locations to avoid tripping, and he uses a screen reader to write. He uses a 60-ince monitor to follow the action, and he relies on cinematographer Michel Dierickx to be his eyes while on set. Morse says he has some sight and can see what he needs to to do his work.

Read more about Morse and his movie at The Guardian.com.